This is my early-day study of crow heads for a possible print project that I'm calling, for the time-being, 'Crownation'.

I like crows - they're intelligent, communal, and wily. Some people have negative feelings towards them - they are, after all, eaters of dead things... and they have a reputation for attacking the vulnerable and weak... but evolution has positioned them to do the job they do - our world would be a messier place without them.

This drawing was made from a series of photos I took on Torquay seafront at the beginning of the Covid (not 'corvid') lockdown. I drew a crowd (of crows) by feeding the birds little bits of cooked chicken. They were prepared to approach within a couple of feet, but they didn't hang around - I had to pre-focus my Leica and take as many pictures as possible... resulting in one of the largest random crow photo collections this side of Exeter. 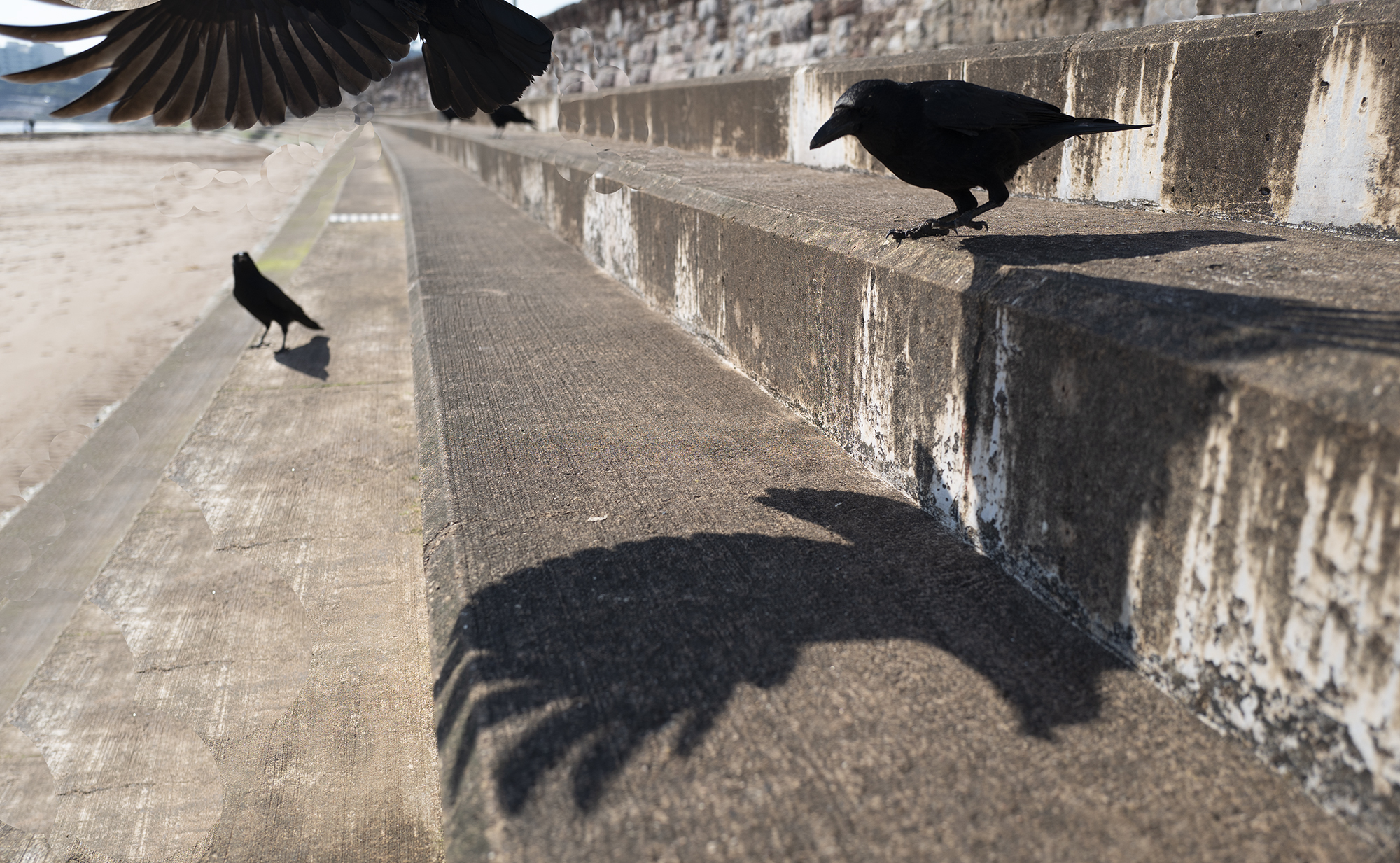 When you get up close, you realise how crows are as unique in looks and personality as humans. Each beak is a different shape - each skull has a different outline - the quality and patina of their feathers - the look in their eyes - all different.

I like trying to work out who is the real 'boss' crow in a goup (or 'murder', to use that over-used word). The boss isn't always the one who dives onto the food first. He (I'm assuming he's male, but I don't know that for sure) is the one with the most scars on his beak, and the scruffiest feathers. He's one of the larger in the crowd - size, strength and a willingness to fight matters - but so, I suspect, does the ability to convey a suggestion of malevolance - of contained aggression.

Sometimes, the boss will be happy to hop around the edge of the group - keeping his distance, as if competing for the food is beneath him - while tapping his beak in a staccato chatter whenever an adolescent comes too close. But maybe I'm being sentimental - maybe I'm just looking at some old fella who's nervous of the young ones - but, either way, I make sure he gets some chicken. 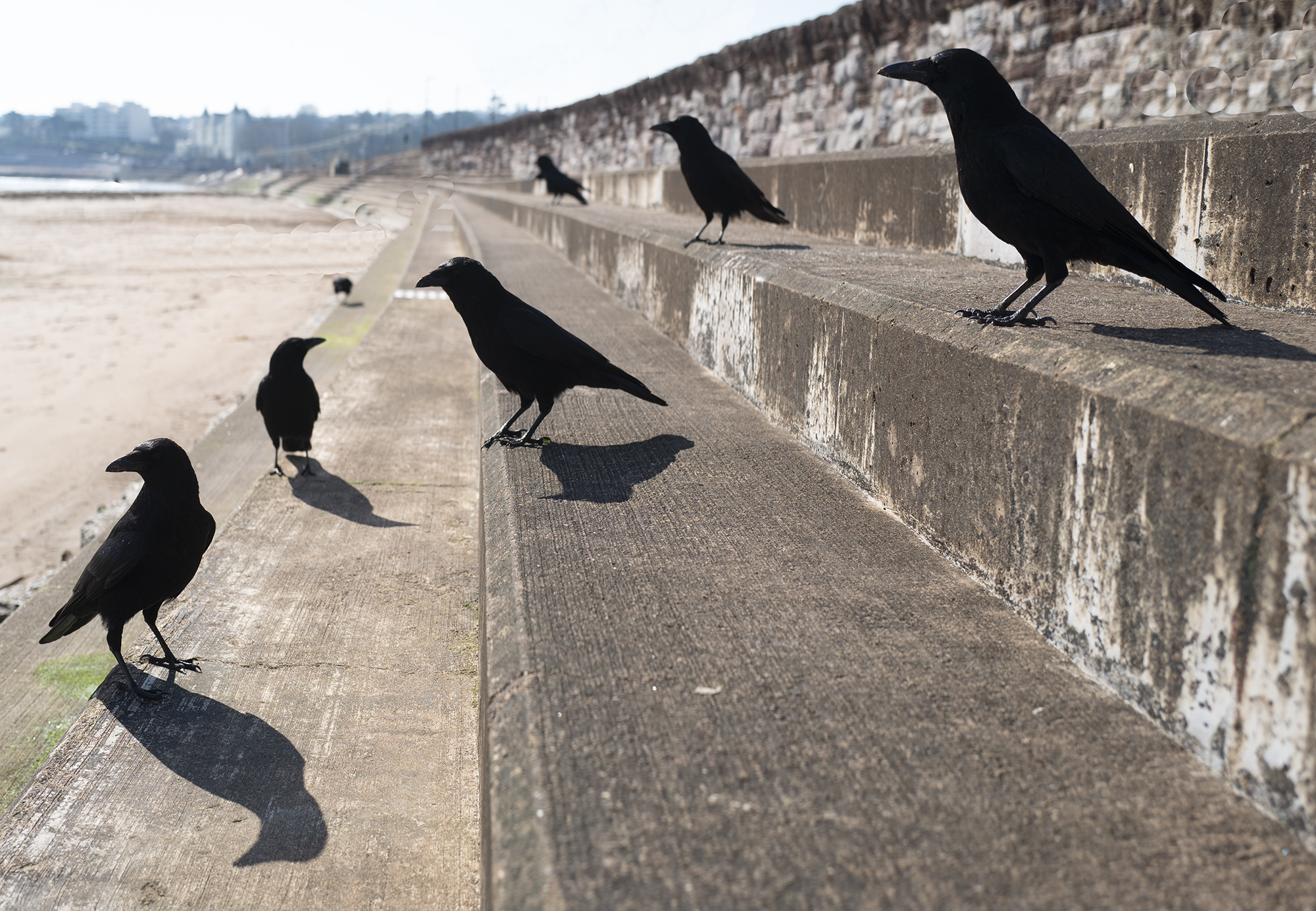 When this lockdown is over, I'd like to spend more time down on the steps by the town beach - feeding the birds, building their trust, making a connection. I'm not concerned that feeding them will make them over-trusting of humans - they're too bright for that - you have to earn the trust of a crow - it's not a given thing. 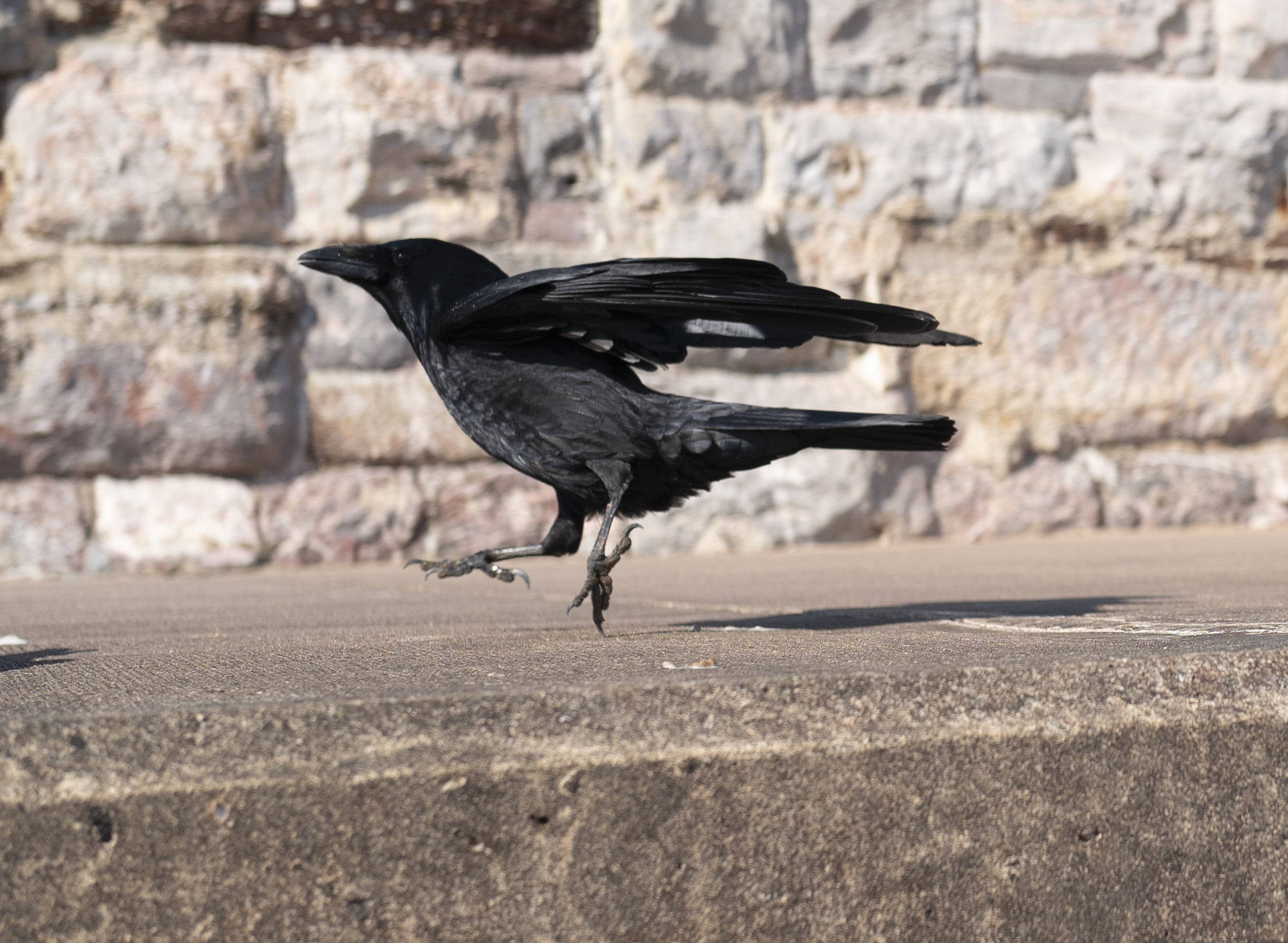 I would like to take better, closer, photos of these creatures - I want to capture the expression in their eyes that hints at the mysterious darkness that swirls within the timeless impossibility of their ancient souls - that's the level of detail I need to make the print I have in my mind.

I think it's going to take quite a lot of cooked chicken.
Connect